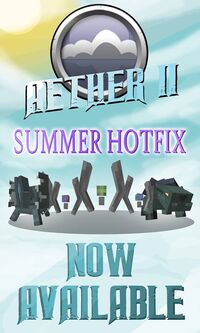 1.6.41[1] is an update to the Aether II mod, also known as the Summer Hotfix, which was released on August 9, 2014, it nerfed Zepyhrs to fix complaints of them being too overpowered, bug fixes, and added the addition of companions and new items.