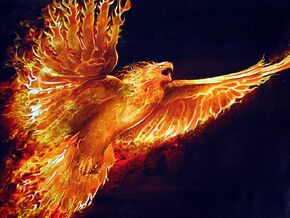 A Phoenix from mythology
Retrieved from "https://aether.gamepedia.com/Phoenix_Moa?oldid=5058"
Categories: