The Sun Spirit is the hardest boss in the Aether Mod. He can only be found in Gold Dungeons. To fight him, you must right-click on him. Upon right-clicking, he will talk to you. After talking to him for a while, he will become angry. At this point, he will close off the exit and proceed to attack you. He will do so by rushing at you and/or firing fireballs into the room. He will sometimes fire an ice ball, which you must hit back at him. When it hits him, he will turn into ice, but a smaller version of him will rush at you (only on easy difficulty or higher). You must hit his ice form before it melts, and continue this until he dies. He cannot be harmed by any weapons but he will harm you by hitting you with fireballs. If you come in contact with him, you will catch on fire. It is highly recommended that you go into this fight with Phoenix Armor as it protects you from fire/lava damage. It is also a good idea to go into this fight with a lot of Regeneration Stones to regenerate health.

He drops the Gold Key and the Sun Altar when defeated. The Gold Key is used to unlock the Locked Chests behind a secret wall in the back of the room. The chest will have several of the best items in the game, but players often miss the chest because of the unusual place it is located. 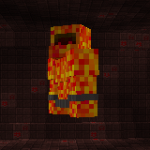 Sun Spirit in Aether I 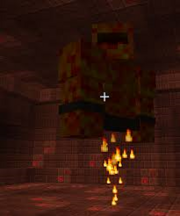