The Aether II: Genesis of the Void 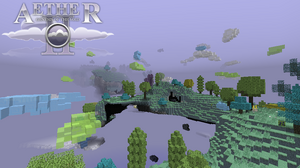